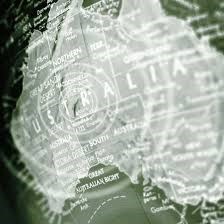 To meet demands from the public to provide increasing volumes of spatial data, in a wider range of formats, and in a more timely manner, the department needed to transform its spatial data platform. There were two aspects to this. The first was to replace the back-end processes that extracted and transformed data from the existing spatial data library.

These processes had previously been automated using an FME Objects solution from Safe Software and custom coding developed in Java. However, the custom coding made them difficult to maintain. In particular, the range of formats that could be delivered were limited, did not include raster-based imagery, and could not easily be expanded.

The second aspect was the ingestion of new vector-based spatial data into the spatial data library which was not previously automated. Spatial data custodians had to submit data to the Information Services Division to configure individual components and store them in an Oracle database. The custodians then had to verify that the transformed data was loaded correctly with its spatial integrity maintained.

In addition, the department needed to rearchitect the library and migrate it to a new cloud-hosted database – alongside its cloud-based library for raster data – to provide increased scalability, flexibility and business continuity.

The department initially engaged 1Spatial, the Premier Platinum Partner of Safe Software and value added reseller of FME in Australia, to conduct a review of the department’s existing spatial data service system and, specifically, the components of the system which provide “clip, zip and ship” data delivery capabilities.

The decision was then made to replace them with a modern solution, based on FME Server and FME Desktop, that enhanced existing capabilities. The new solution could not only extract data from both the department’s vector and raster-based data libraries but also transform and deliver it in a comprehensive range of spatial data formats.

The decision to use FME was based on the department’s familiarity with it, the fact it is the leading tool for spatial data transformation and workflow configuration, and the ability it gives the department to remain independent of proprietary data formats and adopt new formats in the future.

Because 1Spatial configured the new solution using standard FME functionality, no custom coding was required. Not only does this simplify support and maintenance, it also makes it easy to adopt new capabilities – such as transformations to new spatial data formats – as they become available in future versions of FME. This enabled the department to replace bespoke code with configurable workbenches that are self-documenting.

Following the success of the first project, the department decided to accelerate its cloud migration by engaging 1Spatial to rearchitect its Oracle-based spatial data supply process. This included the migration to a new PostGIS spatial database in the cloud.

1Spatial configured FME to streamline the ingestion of new vector data into the cloud data library. It was able to automate previously manual processes and give data custodians the ability to load, secure and publish their own data through an easy to use browser based interface and APIs. In particular, the department is now able to leverage the quality assurance (QA) capabilities of FME to automatically verify the spatial integrity of the data uploaded to the cloud which will assure reliability of services

“The knock-on effect to the community is that spatial data is more immediately available. There is no time wasted with manual processes and delays in the Information Services Division responding to requests. And there is more assurance around the quality and the integrity of the data and reliability of service.”