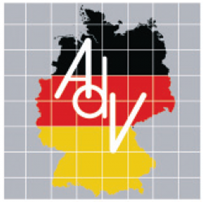 The Arbeitsgemeinschaft der Vermessungsverwaltungen der Länder der Bundesrepublik Deutschland (AdV) is the committee that coordinates surveying and mapping in Germany. It coordinates the work of the independent surveying authorities in each of Germany’s sixteen states as well as some incorporated federal agencies, like the Federal Agency for Cartography and Geodesy.

As well as acting as a single point of contact for customers of the surveying authorities, the AdV is responsible for:

Historically, the AdV maintained three separate types of spatial data, each with its own information system. These were: cadastral (land registry information), topographic/cartographic (mapping data) and geodetic (data pertaining to trigonometric points and mapping projections). The AdV realised that maintaining separate data sets created a degree of redundancy within the data. In responding to increased demand from customers for combined data-sets, it had also discovered differences in the way that some features were handled in each of the systems; a building recorded in the cadastral database might be represented differently within the topographical system.

In response, the organisation developed AAA, a common data model that included all data collected by the sixteen state surveyors. AAA comprises three streams: ALKIS, for cadastral information; ATKIS, for topographic information and AFIS, for geodetic data. The AAA data model is based on the international standards of the OGC.

The combined basis data is enormous (for the state of Rheinland-Pfalz alone, ALKIS contains 177 million separate geospatial features). As Dr Dietrich Schürer, Head of the AdV’s ATKIS-Generalisation Technical Committee, describes, "in AAA, we developed one base model, aligned to OGC international standards, where information can be captured and stored once, but used many times by different systems and customers."

The AdV provides geospatial information to other federal agencies (such as the Federal Environment Agency, Federal Police and border control) and to private companies like Google, Deutsche Bahn AG (the German
railway company) and Garmin. In the past, the AdV had worked to a five year production cycle for all of its map products. However, this was no longer meeting the demands of customers who required information to be updated more regularly and in shorter periods. Many customers also wanted specialised maps, tailored to the exact needs of their digital systems. These requests were impossible to meet with the surveying authorities’ existing resources. To compound the matter, the AdV knew that budget constraints would reduce staff numbers in the future.

The AdV realised it would not be possible to meet increased demand for its services without either reducing the range of maps and scales that it produced, or investing in making the production process more efficient. Reducing the quality of the AdV’s products was not an option.

The AdV innovates with automatic generalisation

Twelve of the AdV-Länder decided to develop automatic processes to speed up production and reduce manual effort. They founded the IP-ATKIS-Gen. Generalisation, the process of translating a map product (either a paper map or a digital product) from one scale to another, is typically a time-consuming process. For the AdV, producing a single 1:50,000 map sheet took three months. The state of RheinlandPfalz alone is represented by 41 sheets at this scale, and required two cartographers working full-time to meet the five year target. The AdV and its member authorities set a goal to reduce their production cycle to just three years by finding ways to automate the generalisation process, with a future target of enabling Just in Time, or On Demand, map production.

Dietrich and his team evaluated a number of potential partners for the project. Dietrich explains;

"When we looked at universities who are researching cartographic generalisation, they are only focusing on particular problems whereas we wanted a holistic approach. It was clear that we needed a strong partner with deep knowledge and experience of handling geospatial data."

The IP-ATKIS-Gen selected 1Spatial as their partner and together the two organisations developed an automated, “context-aware” solution using 1Spatial’s experience and software tools. The innovative project was unique in its holistic approach and in its scale. It is one of the largest generalisation projects
in Europe.

40 per cent improvement in production time

1Spatial’s approach revealed a number of inconsistencies in existing data which the AdV was able to resolve either through reviewing the data or re-surveying where necessary. With the data harmonised and the solution being used across the states, the goal of reducing its production cycle from five to three years was met, a 40 per cent improvement. Basic model generalisation for a whole state can now be achieved in just one or two days and the AdV is on track to meet its future target of Just in Time production.

As Dietrich explains, "auto-generalisation ensures that all states can deliver data in the same structure and to the same quality for the customer." The AdV now produces consistent, authoritative, geospatial data for the whole of Germany as a web service for its customers. This is largely thanks to its co-operation with 1Spatial. Despite reducing staff numbers, the AdV can also respond more quickly to requests from customers with complex needs. Custom maps can be prepared to special requirements and, if necessary, the AdV staff can provide consultancy; helping to import data into customers’ systems or producing customised datasets that combine the AdV and customer data.

Dietrich comments, "our work is enhanced by the digital workflow."

The work of individual cartographers has become more rewarding. They now start with an automatically generalised map, where all of the routine tasks have been completed, and they focus their skills and knowledge on the remaining, more exacting problems. As Dietrich explains, “we need good cartographers with great experience to deal with the most difficult problems, because the smaller issues are solved automatically.”

With the automated solution deployed across individual states, the AdV continues to make improvements, prioritising the remaining manual tasks by the greatest potential benefits if automated. Increasingly, it sees its role as a central source of reliable, authoritative geospatial data that supports the continuing development of society and the economy. As Dietrich notes, "we produce data for all people, the public as well as business, and we work very hard to bring good data to everyone. After all, we believe that 80 per cent of every decision is based on geo data." 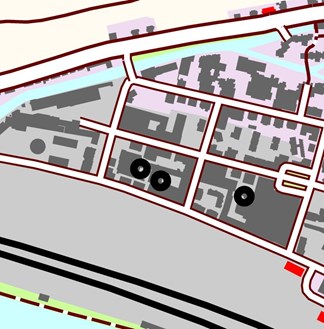 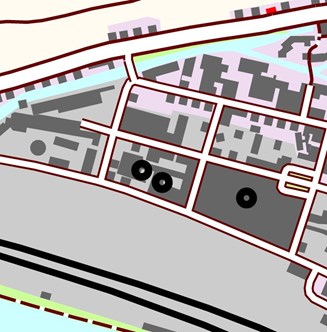