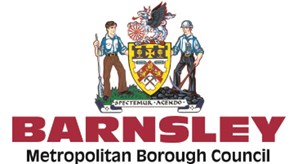 Barnsley Metropolitan Borough Council (Barnsley) represents a population of 230,000 people in South Yorkshire. Like many councils, Barnsley has suffered a large reduction in funding over recent years. Having saved £59 million in the past four years, and facing the challenge of finding another £28 million of savings in coming years, Barnsley has achieved a great deal in the face of increasing austerity, continuing to meet the national reductions to its revenue funding.

Barnsley has used geographical information systems (GIS) for over 15 years. Initially, projects evolved in individual departments but four years ago a team of GIS specialists was formed within the IT department. Riley Marsden, IT Systems Manager at Barnsley, explains, “There are GIS projects in pretty much every department of the council but, for the first ten years or so, the activity was fairly siloed. Every project was approached in different ways, using different standards and storing data in different places. There are tens of thousands of different GIS layers all around the network.”

The GIS team’s remit was to remove the duplication of data, resources and effort. Riley aims to provide a unifying strategy, finding ways to do the job better and breaking down departmental silos. His longer term plan is to consolidate all geospatial data into a single SQL Server database to create a single, authoritative dataset that the council, and its citizens, will use.

Before the team could implement the data unification plan, the council underwent significant restructuring. With reduced headcount, the GIS team could not immediately allocate the time necessary for all the change-management that introducing a single, central database would require. At the same time however, Riley saw opportunities. He explains, "the council needed to do more with less. With fewer staff in the council, we started thinking about how to make life easier for people, how to create better processes and how to put more information at people’s fingertips."

"FME is fantastic for the transformation of spatial data,” explains Riley. “A lot of our data is unstructured and we had data in many different formats, so FME was ideal for us."

With priorities now changed, Riley began to explore FME’s other capabilities. “I’d been aware of FME for some time and I knew we could use it to resolve many of our challenges, especially in the automation of tasks we were doing regularly,” he says. Riley’s first step was to replace the council’s older processes with FME.

“We had a number of older systems that were becoming harder to support,” he explains. “The processes would regularly fail, resulting in outdated data in our systems. We were spending a lot of time fixing problems.” The team found FME much more reliable: “We’ve never had a failure since.”

As a leading, global Platinum Partner and Authorised Partner for Safe Software, Barnsley purchased FME software licences, training to get them up and running quickly, technical support for ad-hoc queries and consultancy time from 1Spatial. Riley and his team called off the consultancy time in three-day blocks, working with 1Spatial consultant David Eagle, to tackle specific sets of challenges.

I can’t praise 1Spatial highly enough,” says Riley. “In particular, David is absolutely outstanding at helping people to understand not just what they are doing, but the potential of the products.

As a result, the team has developed more than 100 new, automated processes using FME. The software populates data into mapping systems, audits data quality, transforms and geo-codes data and retrieves new data from the web into Barnsley’s systems.

From solving problems to providing solutions

"I can offer things I couldn’t do before. Things that might have taken a day before, can now be done in half an hour."

As well as fixing old processes, Riley and his colleagues have developed new processes that run overnight or over a weekend. These include a solution that prepares and publishes data on planning applications. FME replaces five obsolete scripts to combine MapInfo files with data from an Oracle database and publish this to Barnsley Interactive Online Maps. As a result, this public site now always displays current and recent historical information on planning applications.

“FME works harder when we’re not here than when we are,” jokes Riley. “The real benefit is that this is invisible to the user. The data is always just there. They see no errors and we have no complaints.”

Seamlessly providing up to date information supports better decision making. Riley’s creative use of FME enhances decision-making in others ways, too. Drawing together data from different sources across the council – using FME to transform it so that it all fits together – brings new organisational insight by invisibly dissolving departmental barriers. Users have the data they require to support decisions, without the organisational effort of finding it and negotiating its use.

The team has used FME to generate 3D, geospatial visualisations of information. Working with the Electoral Registration Service, they created a three-dimensional PDF map of the borough, showing hot-spots of those not registered to vote. Users could manipulate the 3D map to better understand why people in certain areas had a propensity to remain unregistered. “It was a really good example of presentation,” says Riley. “We couldn’t afford to produce something like that without having FME.”

Riley’s team has also found other innovative uses for the software. “FME is also very good for things that aren’t spatial,” says Riley. The software’s ability to manipulate data can be applied to all forms of data. In one example, the team extracted data from a dozen different, non-spatial sources including SQL Server and Access databases and plain text files. The output data, transformed into a common, comparable format was placed in an Access database and provided valuable insight to social services trying to identify potential troubled families.

The price of success

Success has meant increased demand for spatial data within the organisation. As Riley observes, “Often the demand is not for greater volumes of data, but for greater insight.” At the same time, Barnsley foresees greater desire for reliable data from citizens, software developers and other commercial organisations. The GIS team continues to explore new uses for FME.

"I think, despite the projects we’ve already completed, we use just 10 to 15 per cent of FME’s capabilities. We’re always finding more uses for the software."