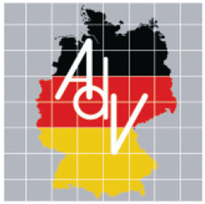 The Arbeitsgemeinschaft der Vermessungsverwaltungen der Länder der Bundesrepublik Deutschland (AdV) coordinates surveying and mapping across Germany’s 16 independent state surveying authorities and a number of federal agencies. It is also responsible for supplying geospatial data to other agencies and private companies and for making sure the production methods of its members are standardised and of the highest possible level.

AdV realised that its historic, five-year production cycle for map products no longer met the needs of its customers. As well as wanting mapping information to be updated more regularly, customers increasingly wanted specialised maps tailored to their specific needs. The AdV members also faced the possibility of future reductions in staffing. To produce more maps, more quickly with fewer resources and no sacrifice in quality, AdV knew it had to invest in greater efficiency through automatic generalisation and set up the ATKIS-GEN project, in which 11 state authorities participated.

The ATKIS-GEN group worked with 1Spatial to develop an automated, “context-aware” solution for map generalisation, both model and cartographic. The project was one of the largest generalisation projects in Europe and is now used for the production of all maps by the states in question.

The project achieved a 40 per cent reduction in production time, with the production cycles going down from five to just three years. Basic model generalisation for a whole state can now be achieved in just one or two days and the ATKIS-GEN group is on track to meet its future target of Just in Time production.

AdV now produces consistent, authoritative, geospatial data for the whole of Germany as a web service for its customers. Despite reducing staff numbers, the participating agencies can also respond more quickly to requests from customers with complex needs. Custom maps can be prepared to special requirements.

“Auto-generalisation ensures that all states can deliver data in the same structure and to the same quality for the customer.”