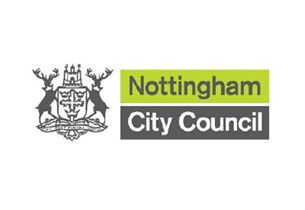 Nottingham City Council (Nottingham) serves a population of an estimated 314,000 residents. Like many local authority organisations in the UK, it has experienced a large growth in requests from citizens under the Freedom of Information Act 2000 (FOI). Each request has to be handled individually and requires a lot of work to identify, extract and prepare the information required.

Failure to meet response targets carries the potential for regulatory action from the UK’s Information Commissioner’s Office and the team was under pressure to improve performance. Nottingham needed to improve its efficiency in dealing with FOI requests.

Nottingham also has obligations under the Local Government Transparency Code to make certain sets of data available to the public as open data. This obligation may increase further with the revision of the Public Sector Information Regulations (2015). Although open data is free to the public, councils can spend significant time
and money in preparing and publishing such data. It must be made available in open, non-proprietary formats and any personal information contained in reports must be redacted before publication.

Council spend data is particularly sought after and, given its nature, it requires particular attention to remove confidential elements. Nottingham had been providing council spend data in response to FOI requests, but the process for each month’s information took a significant amount of manual input before data could be released.

Kamrul Kashem is a GIS (Geographical Information System) Data Analyst in Information Management Services within the council. Maintaining the quality of Nottingham’s internal data was also an ongoing challenge for Kamrul and his colleagues. It was frequently difficult for other departments to identify and remedy any gaps or discrepancies within the data they were responsible for.

Kamrul explains, "when I first joined the council, the way we managed the GIS database was very manual. To perform data updates, we would export the required data, manipulate and update it manually, then import it
back into the database. It was someone’s day-job just to keep it up to date."

The team wanted to simplify the production of open data. They realised that if council spend data could be published as an open data set, then a large volume of FOI requests could be avoided. However, preparing this data for publication was particularly laborious.

Nottingham had been using FME, a product from Safe Software Inc., for a number of years but had not explored its full functionality. The team began to explore the software’s other capabilities, with a particular interest in its ability to automate time-consuming processes with user-defined data rules.

1Spatial, a Safe Software Platinum ValueAdded Reseller and Solution Provider, provides Nottingham with FME licenses and also with technical support and training. It has helped Kamrul and his team explore FME’s capabilities and get more from their investment in the product.

"The general expertise of 1Spatial has always been top notch,” explains Kamrul. “Whenever we‘ve had a problem, they’ve been really responsive. They’re very dynamic and they feel like part of the team, rather than ‘just another supplier’. There’s a really good bond between the council and 1Spatial."

An early success for the team was to use FME to publish a listing of Nottingham’s bus stops. Previously, this dataset had been manually updated each month for internal use by the council. With FME, the team not
only automated the data update, but also the publication of the dataset on the www.opendatanottingham.org.uk website. Kamrul and his colleagues quickly found that FME could easily automate the generation, updating and publication of a wide variety of datasets, both geospatial and non-spatial. Where necessary, FME converts the data into open data formats for publication.

FME’s rules-based processes are ideal for automating the redaction of council spend reports. As a result, rather than checking every one of 15,000 records each month, the team checks just 50-100 exceptions as
flagged by FME. The time required for the process has been dramatically reduced to just
one hour.

FME automatically posts the redacted council spend reports as open data. As a result, the Council can deal with FOI requests relating to these issues much more efficiently. They simply direct the requester to Open
Data Nottingham.

Nottingham is now meeting its response-time targets for FOI requests, despite the steady increase in overall request volumes.

Using FME to automatically create, update and publish data-sets as open data has enabled the team to dramatically increase the range of information available as open data.

Whenever a new dataset is published, or existing data is updated, FME can automatically send a tweet from the @opendatanottm Twitter account so that anyone with an interest can access the new information as soon as it is available.

Nottingham’s open data initiative is driving local innovation. The open data site includes a gallery of applications, created by citizens and organisations, which make use of open data. These include: a national site that draws together Public Rights of Way data from across the country, ‘There’s A Rat In The Kitchen’ (which combines data on food hygiene standards with the user’s location to rate local restaurants) and a range of apps developed by the council.

Open data is also driving internal collaboration and insight. Kamrul explains, “One of the major advantages of open data is that it’s not just there for the public. We use it across the council as well. Different departments ask us to publish datasets as open data because they use them regularly but have difficulty accessing them.”

The result is not only more efficient working, but greater collaboration, too. As Kamrul observes, “Once you link these datasets together, you see the bigger picture.”

FME has become central to Nottingham’s open data initiative. “Without FME, it would be almost impossible to maintain Open Data Nottingham to its current high standards,” explains Kamrul. “We have a lot of data-sets that are updated monthly, weekly and even daily. These are all done via scheduled FME tasks.”

"With FME, the first thing we ask of any requirement is, ‘Can we run a model for this?’ It’s become one of our core processes and, as a result, we can do more things, more quickly and with fewer resources. This applies not only to Open Data, but our whole ethos of information management within the Council."

It is now recognised as a critical resource and source of value for the council.