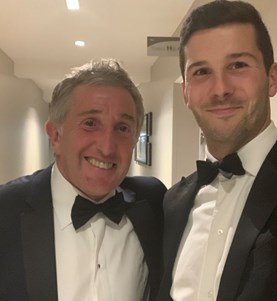 As Christmas is fast approaching and 2019 draws to a close, so too does my first year as a GIS Consultant at 1Spatial, as part of the Geocortex team. It has certainly been an interesting year that has taught me a lot! From day 1, it was very clear that GIS has huge potential across a variety of sectors, including those that are currently not using GIS at all!

This year I have attended several events, including GeoData in May and the ESRI European Petroleum GIS Conference in October. Both of which provided me with a wealth of information about the progress the GIS sector has made in 2019, by covering headlining topics such as Big Data, and showcasing GIS use cases across sectors from Petroleum to Transport.

Most recently, in November, I attended 1Spatial’s own annual conference, Smarter Data, Smarter World at the British Library, where I observed a number of insightful talks from experts in the field. This year’s event was rounded off with a very inspiring and poignant talk from Simon Wheatcroft surrounding the use of GIS to aid sightless runners – Simon is definitely worth looking up whenever you have a spare minute!

As a consultant my role encompasses a highly variable workload, including client dependent project work, software demonstrations and delivering training courses. One such client project saw 1Spatial recognised with an award by the UKSTT, in Gloucestershire, for development of smart software to minimise the impact of roadworks. More importantly, as a rugby fan, it allowed me to meet Jonathan Davies who was presenting the awards for the event and reeled off countless amusing anecdotes from his career.

In parallel, delivering training courses throughout the year has provided me with invaluable opportunities to build a close rapport with customers, which has helped relationships greatly when delivering subsequent project work.

2019 has also been an exciting year for Geocortex with the release of the 5 Series products that have effectively enabled Geocortex software to be delivered as standalone capabilities and viewers.  Which have in turn opened up a new opportunity for Geocortex to extend Web App Builder through the delivery of custom widgets without the need for coding. 2020 promises to be just as exciting with further 5 Series releases planned throughout the year, starting with the much-anticipated release of Geocortex Access Control, currently expected in early springtime.

If you'd like to know more about Geocortex please get in touch, or take a look at our range of training courses available.