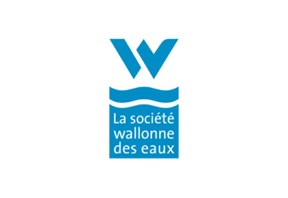 The Walloon Water Company (Société Wallonne des Eaux - SWDE) is a public enterprise whose mission is to produce and distribute drinking water in the Walloon region of Belgium. Its activities cover 208 of the 262 Walloon municipalities. The company serves over 1,000,000 connections and provides drinking water to almost 2.4 million people, which represents 70% of the Walloon population. Improving its knowledge of its assets and infrastructure is a priority issue for SWDE. In this context, the company decided to replace its CAD and GIS systems with a real industry-focused Geographic Information System (GIS). At the end of a formal selection procedure, in summer 2009, SWDE selected the 1Spatial Elyx software suite, more specifically Elyx Aqua and Elyx Web.

The core of the solution is a single and seamless Oracle Spatial database. The database was initially populated using information from the legacy systems. It is now updated by 20 Elyx Office / Elyx Aqua PCs located at different operating sites (Liège, Namur, Charleroi and Mons). The data model is based on the standard Elyx Aqua model offered by 1Spatial with some specific SWDE adaptations to meet particular requirements.

"Elyx Aqua offers several industry-focused applications that are useful for managing the water network within the GIS database, such as calculating fire coverage, detecting leaks and managing cutoffs."

As part of the project, 1Spatial also developed specific data capture and plotting functionality designed for the mass production of plans at different scales, including network subdivision plans, in compliance with SWDE’s graphic and style guidelines.

In the project specific attention was paid to the migration of existing data as the process could not allow any loss of information. Several transfer procedures were specifically developed, using FME, SQL and “ASL”, the Elyx programming language (used for post-processing migrated data).

Once the procedures were validated, a first test migration of the entire network data was performed, without interrupting production on the old system.

At this time SWDE created a pool of key users in charge of validating the application. The process lasted a few weeks during which several corrections and enhancements were made by 1Spatial.

Finally, migration from the old system to Elyx was planned. The operation had to be as fast as possible because during the transfer, no database updates could be performed and changes had to be noted on paper. Final migration lasted only three weeks and the system came into production in December 2010.

The necessary interfaces to the Document management (EDM) and Enterprise SAP systems proved relatively easy to implement. The EDM was implemented thanks to the ability of Elyx Office and SWDE’s EDM to reference documents via a URL.

The interface with SAP/R3 now allows a work order to be created from the GIS. The work order includes a site plan generated by Elyx together with administrative information supplied by SAP.

The Elyx Web solution came into production in July 2011 and soon became particularly useful in responding to contractors requests for network plans (almost 75,000 requests per year). The implementation of Elyx Web coincided with the integration of SWDE in the KLIM-CICC portal system (for sharing pipe and cable information between utilities and government).

In 2013, SWDE ordered the mobile extension of the Elyx Aqua solution to equip all 55 field supervisors with convertible tablet PCs, which provide access, on-site, to corporate GIS data and improve the quality of interventions.

As expected, the GIS is now a key and central tool for the knowledge and maintenance of SWDE’s infrastructure.

No wonder that it has found its place in the list of strategic objectives defined in SWDE’s five-year corporate plan. Indeed, SWDE has created a dedicated GIS team to enhance the database and to manage numerous future developments.