For example, a team within your organisation could be collaborating on writing rules for one project, each with their own local 1Integrate repository. By using the 1Integrate Repository Synchronisation Tool and a VCS such as Git, team members can push changes they have made, and pull any changes that other team members have made.

The 1Integrate Repository Synchronisation Tool is now provided as part of official product release packages, meaning 1Integrate customers can take advantage of this methodology and the variety of benefits that come with it. 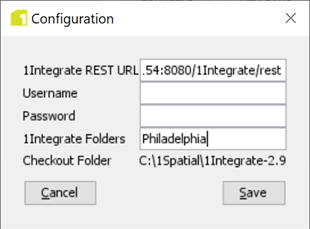 Because you can configure which parts of your 1Integrate repository are synchronised, you could select only certain project folders. In practice, this allows you to keep any custom configured data stores and sessions, and only update the rules and actions applied within those sessions.

With the Repository Synchronisation Tool we have the power to deploy just the rules/actions, but the customer-specific data store and session configuration remains consistent and doesn't need to be updated.

Working with the Synchronisation Tool removes barriers for sharing rules, whether that’s between departments or more widely between businesses.